Addressing the gathering Foreign Minister Gunawardena reiterated Sri Lanka’s contribution to the UN system and reaffirmed the commitment of the Government of Sri Lanka led by President Gotabaya Rajapaksa to represent the interests of the Global South through its Neutral Non-Aligned policy with the UN, based on the principles enshrined in the UN Charter.

Minister Gunawardena further stated President Gotabaya Rajapaksa’s commitment to the two resounding mandates from the Sri Lankan people and their desire to enjoy Sovereignty, Human Rights and Democracy through his “Vistas of Prosperity and Splendour”.

Minister Gunawardena additionally welcomed the contributions of the UN efforts in Sri Lanka in their realisation of the Sustainable Development Goals and their efforts to address the COVID-19 pandemic. Finally Minister Gunawardena stated Sri Lanka’s endorsement and support to the UN Secretary General Antonio Guterres in his call to commit to address the “State of Climate Emergency”.

UN Resident Coordinator Hanaa Singer recalled Sri Lanka’s contribution to the UN’s processes of non-proliferation and disarmament, and made mention of the UN’s multifaceted cooperation with Sri Lanka through its specialised agencies. The Resident Coordinator said that the Charter of the United Nations has proven to be one of the most enduring codifications of the collective moral force of humanity. 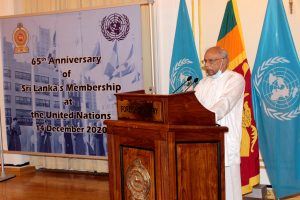 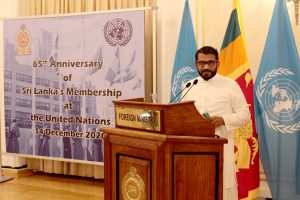 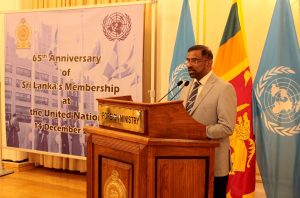 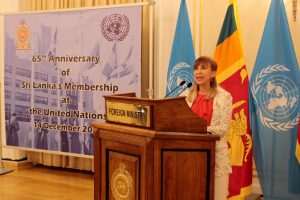 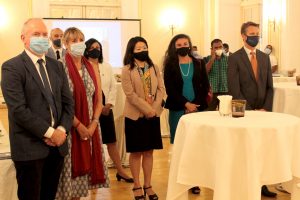 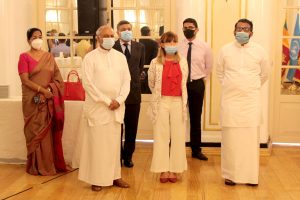