Foreign Minister Prof. G. L. Peiris highlighted the ‘unique, multifaceted partnership’ enjoyed by Sri Lanka and the United Kingdom, founded upon shared democratic traditions and historical affinities.  The Minister made these remarks at a meeting with Lord Tariq Ahmad of Wimbledon, the Minister of State for South Asia, the United Nations and the Commonwealth of the UK on Tuesday 18 January at the Foreign Ministry.  Reciprocating the sentiments, Lord Ahmad acknowledged the abiding nature of the partnership which offers impetus for cooperation.

Acknowledging the opportunity to deepen bilateral ties in the context of the UK’s vision of a ‘Global Britain’, the two sides expressed interest in furthering cooperation, inter alia, in political relations; trade, investment and tourism; Indian Ocean cooperation, defence and counter-terrorism; climate change and renewable energy; education and STEM; and employment generation.  Minister Peiris recalled his bilateral meeting with British Foreign Secretary Elizabeth Truss in October 2021 in London where matters of mutual interest were discussed.

Both sides underscored the importance of initiating official level consultations between the two Foreign Ministries.  Given the strength of people-to-people connections, discussions also centred on the commemoration of the 75th anniversary of independence of Sri Lanka in a manner befitting the current partnership.

Foreign Minister Peiris apprised Lord Ahmad of progress in reconciliation and the protection and promotion of human rights, including inter alia, functions of the independent commissions; proposed amendments to the Prevention of Terrorism Act (PTA) and its reform process; and the work of the SDG Council and the Steering Committee for SDG 16 in strengthening public institutions and governance.  Minister Peiris reiterated the Government’s commitment to an inclusive, domestically designed and executed reconciliation and accountability process; and to continued constructive engagement with the UN system, including the Human Rights Council.

The Foreign Minister extended the Government’s deep appreciation to the UK for the support extended in the sphere of counter-terrorism, including in upholding the proscription of the LTTE as a terrorist organization in the UK.

The two sides recognized that the British Sri Lankan diaspora communities in the UK are a unique asset, making a significant contribution towards the prosperity of the UK.  In this regard, the Foreign Minister highlighted the need to maintain an inclusive approach towards diaspora engagement in order to forge a unifying narrative, that would positively contribute towards the development of Sri Lanka.

The Foreign Minister extended Sri Lanka’s felicitations to the UK for a successful hosting of the UN Climate Change Conference (CoP 26) in Glasgow in November 2021.  Appreciating Sri Lanka’s CoP 26 commitments, the British Minister apprised of follow-up action and of their interest in supporting green energy initiatives.  He also visited the Bellanwila-Attidiya Sanctuary, a wetlands rich in bio-diversity within the Colombo Metropolitan area, where he planted a kumbuk (Terminalia arjuna) plant.

Acknowledging the significance of the Indian Ocean in global trade, both sides concurred on the need to pay particular attention to the economic dimension of the partnership.  Welcoming the recent inauguration of the Sri Lanka – UK Chamber of Commerce in London, both sides encouraged even stronger business-to-business links.

Acknowledging the opportunity presented to look afresh at relations with the Commonwealth, both sides looked forward to participation in the upcoming Commonwealth Heads of Government Meeting (CHOGM) in Kigali, Rwanda, and the Birmingham 2022 Commonwealth Games.

An important milestone of bilateral cooperation was the signing of an MOU on Healthcare Cooperation between Sri Lanka and the UK at the Foreign Ministry.  The MOU, which will provide employment opportunities for Sri Lankan nurses and other healthcare professionals in the UK, was signed by the State Minister of Foreign Employment Promotion and Market Diversification Piyankara Jayaratne and Secretary, Ministry of Health Dr. S.H. Munasinghe from the Government of Sri Lanka, and Lord Ahmad on behalf of the UK Government.

The British Minister is in Sri Lanka on a three-day visit.  This is his second visit, having previously visited in October 2019.  During the visit, Lord Ahmad is scheduled to call on President Gotabaya Rajapaksa, and meet the Minister of Finance Basil Rajapaksa and the Leader of the Opposition Sajith Premadasa.  The British Minister who met the business community, will also visit the Northern and Eastern Provinces where, among other engagements, he will meet Governor, Northern Province Jeevan Thiagarajah and Governor, Eastern Province Anuradha Yahampath. 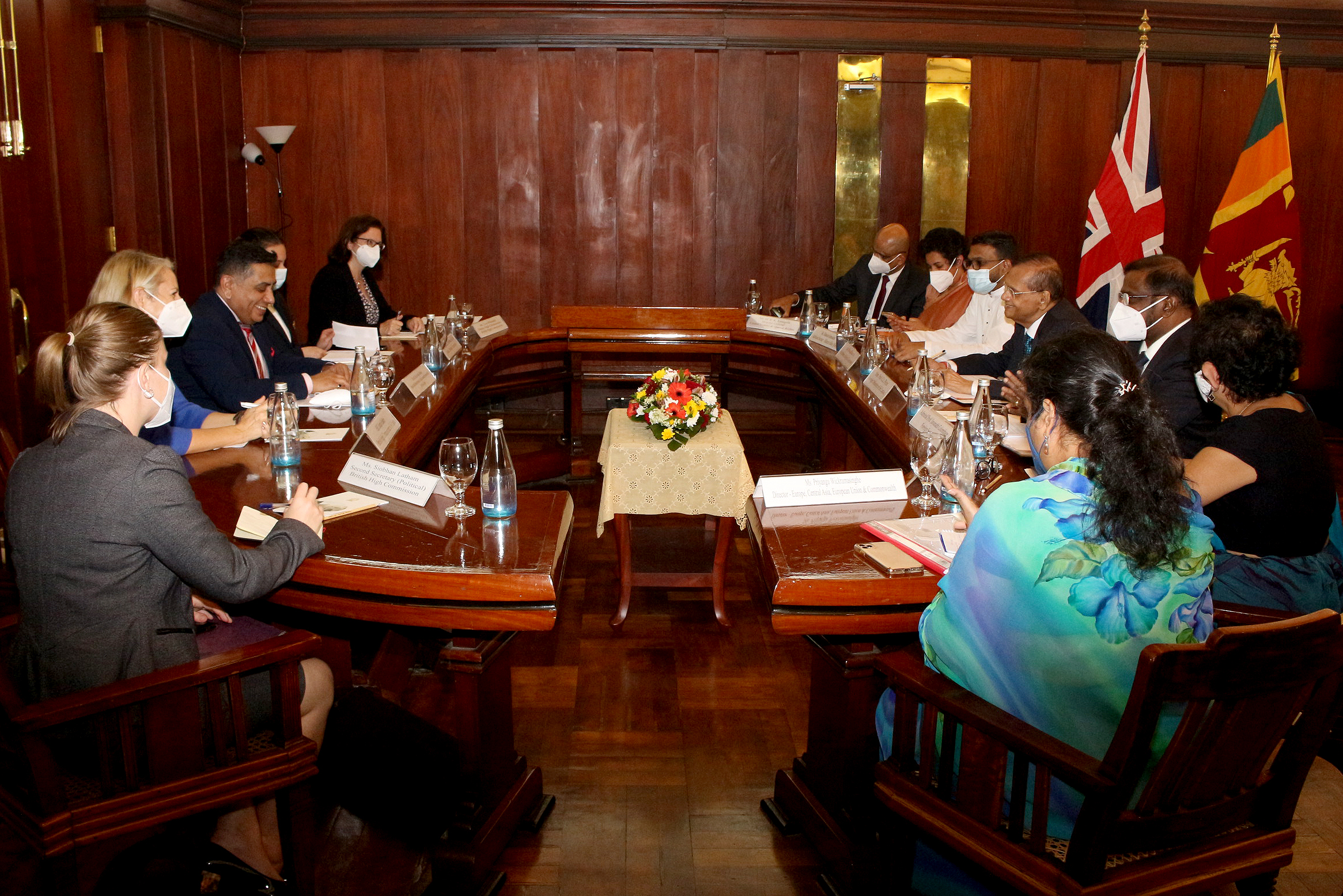 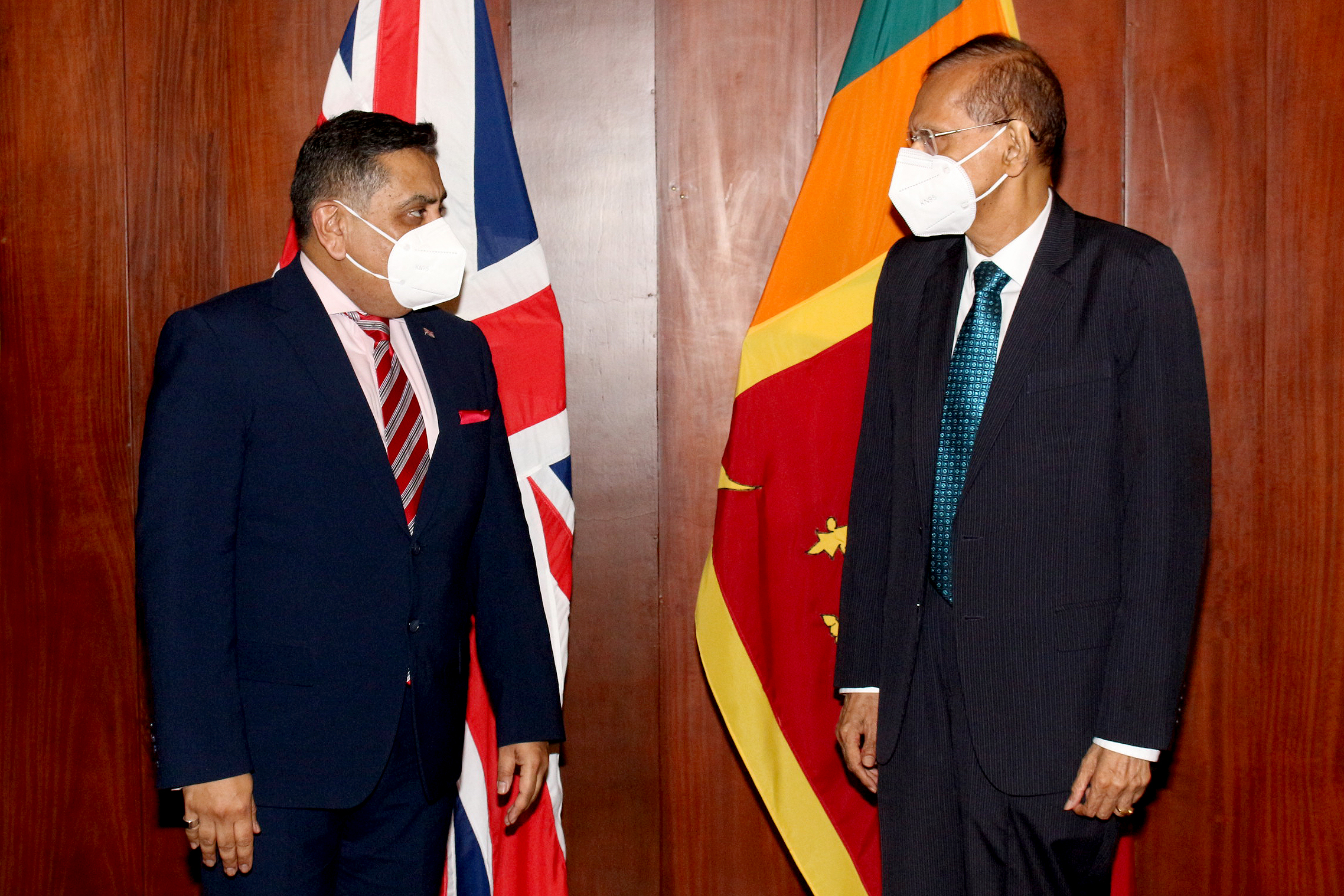 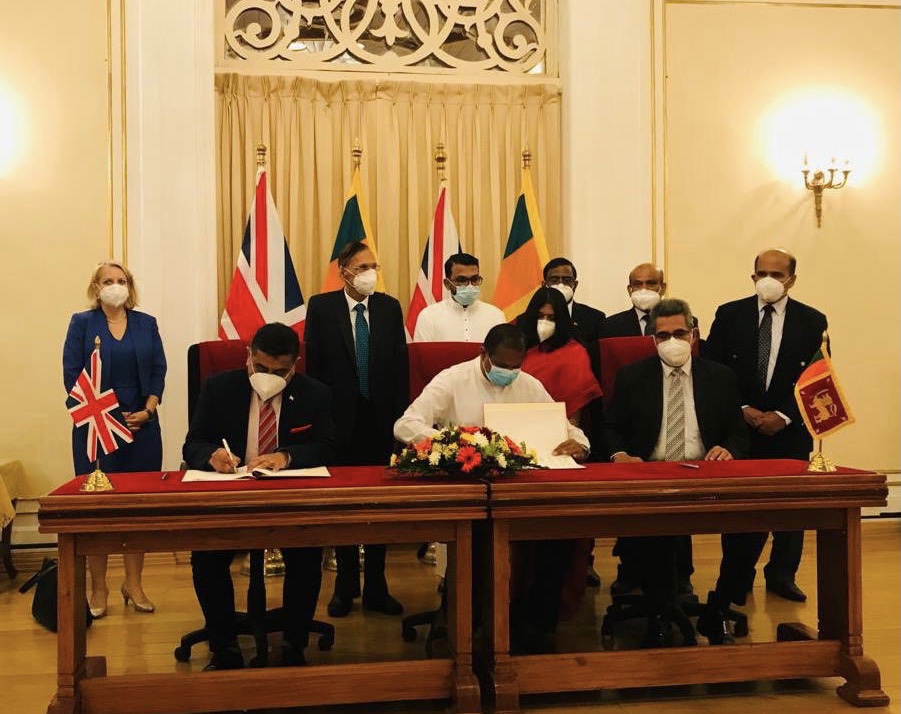 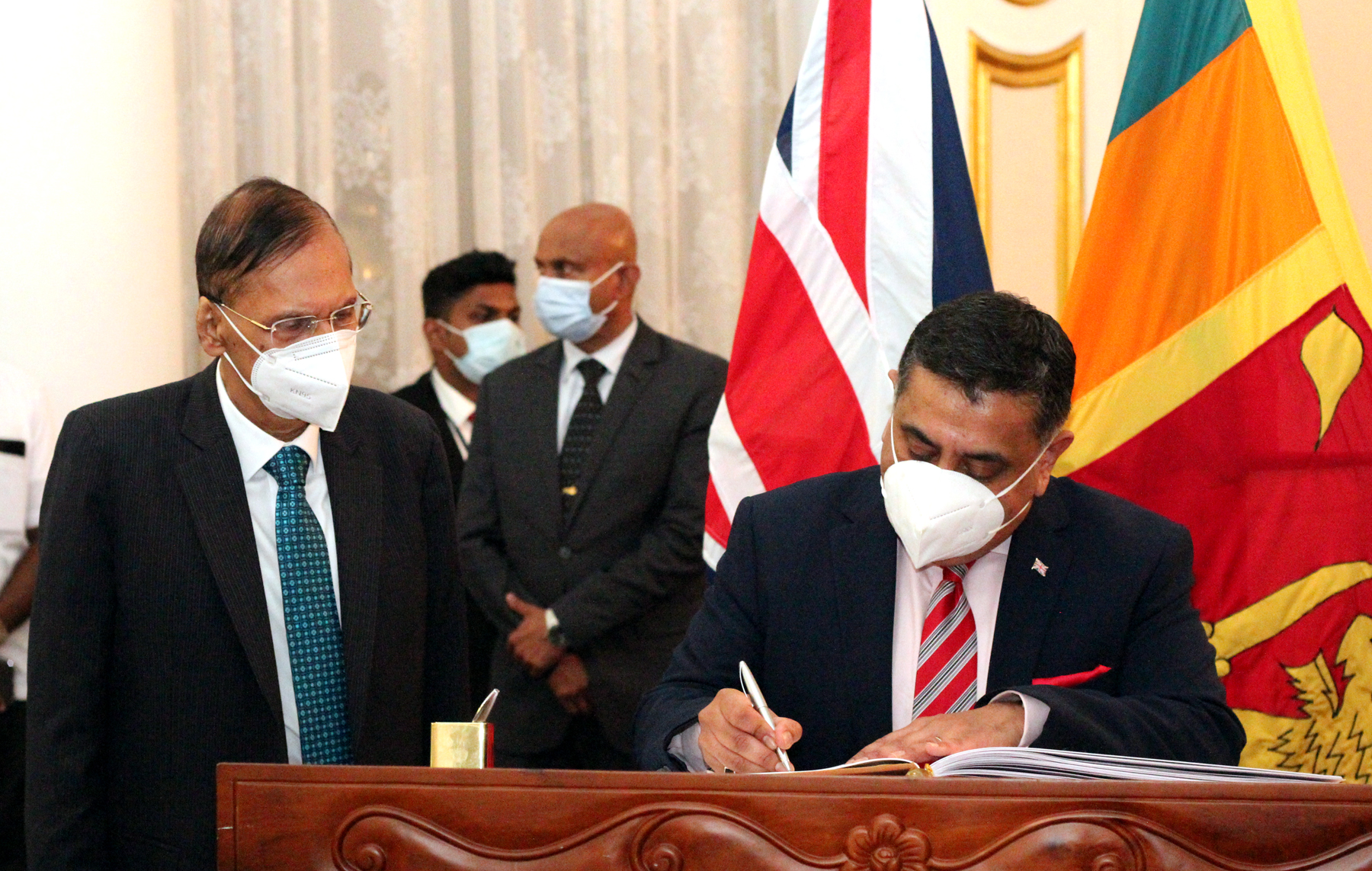