In his address, Minister Prof. Peiris stated that the Government of Sri Lanka was fully aware of the severe hardships of the people and its magnitude with the most pressing issues being power cuts, shortage of gas, fuel and essential medicines. The excessive heat which has exacerbated the situation and the negative impact on various industries as a result due to the power cuts were also adding to the woes of the public. He stated that the protests and the demonstrations by the people taking place across the country was an “expression of despair” and they were crying out at a distressing situation. He also stated that 80-85% of those taking part in the protests and demonstrations were neither extremists nor politically motivated and that Article 14 of the Constitution of Sri Lanka guaranteed the right to assembly, freedom of expression. He further stated that the right of the people to protest was an indication of the vibrant democracy prevailing in Sri Lanka.

Referring to violence that has taken place outside the residence of the President and Members of Parliament during the past few days, the Minister called on the Diplomatic corps to reflect on the gravity of these incidents and what was unfolding.

Foreign Minister Peiris stated that the protesters had exhibited an overall contempt and expressed hatred for the entire parliamentary system and were asking all MPs to step down. The Minister explained that the Government continues to address the issues affecting the people with other governments and international agencies and is optimistic that the matters would eventually be resolved.

Minister Peiris stated that the demonstrations were not directly against the government, a political party or the ruling party but against the entire political establishment of the country and that the very foundation of the system was under criticism.

The Minister pointed out that some of the demands by the demonstrators were not realistic and cannot be met and that they did not seem to want a solution based on available options in keeping with the Constitution. He also stated that from focussing on the shortage of gas, fuel, essential medicines and the power cuts, the protestors were now demanding for restitution of plundered wealth and assets with some approaching the Supreme Court to prevent MPs from leaving the country until a comprehensive audit of all their private assets was done. He further stated that the call for all MPs to resign and allow academics and professionals to run the country was not feasible as there was no country in the world that was governed in such a manner.

The Minister of Foreign Affairs also outlined the Constitutional provisions that were currently available which included the Prime Minister taking over for 60 days in the event an incumbent President resigns, after which the MPs would have to elect a suitable leader among them to lead the country for the remaining period until an election can be held.

He stated that while in some countries it was possible for the people to recall their elected representative, that was not so in the case of Sri Lanka. He also explained the various processes and options available under the Constitution to remove an incumbent government. The Foreign Minister pointed out that the current government still held a majority in parliament and that despite the agitation, there was no consensus on who can replace the current President, Prime Minister and the Parliament.

Foreign Minister Peiris also stressed on the importance of retaining stability in the country which was of paramount importance and added that the former Finance Minister had contacted the International Monetary Fund (IMF) and the World Bank in order to address the situation and that the process had to move forward.

Minister Peiris expressed his appreciation to the Diplomatic corps for their participation and requested the envoys for their understanding, goodwill and empathy during a uniquely critical time in Sri Lanka. 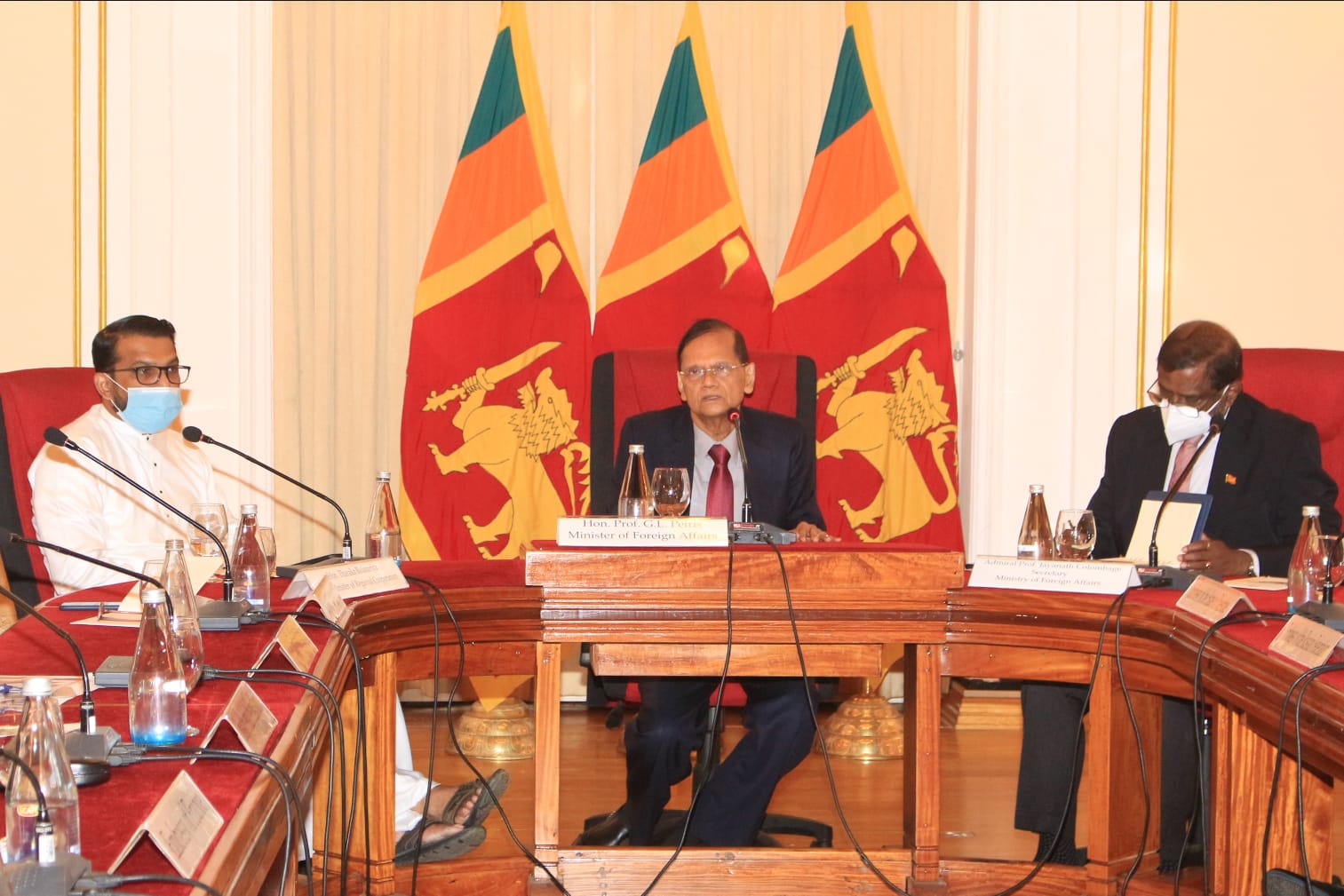